New policies from Verizon and AT&T may indicate the days of unlimited data plans are reaching an end in the US market which is approaching a price convergence crisis.

From a Verizon perspective, the latest move is part of an on-going journey to limit its most data-hungry customers. According to Ars Technica, customers who use more than 200GB a month will be given a choice from next month; move across to a specific limited data plan, or be disconnected. 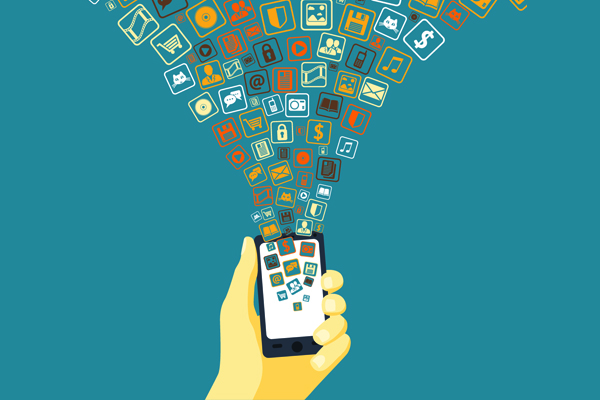 Over in the AT&T camp, the team has announced it will be increasing its ‘grandfathered’ unlimited data plans by $5 per month from March. The move was picked up by DSLReports, which noted that users in its forums were being sent notifications of a $5 increase by AT&T, taking it to $40 per month.

While the moves will not be welcomed by the data-hungry customers, they should hardly be surprised. Both companies have been making efforts over the last 12 or so months to restrict the amount of data used by customers, or at-least encourage them to move over to more business accountable, limited plans.

Last February, AT&T announced a $5 increase to the plan, as well as attempting to block access to Apple’s FaceTime unless said customer was on a tiered, limited data plan. There have been numerous efforts by the AT&T to set conditions around what the unlimited data can be used for, which has brought about fines from the FCC due to a lack of clarity on the restrictions and the terms of use.

Verizon has also been making its own efforts to limit the impact of unlimited data plans by gradually reducing the amount of data which can be used. On one of the most basic levels of definition, Verizon’s data plan is not unlimited, it is subject to the fair use policy. Last year, the team reduced the top-usage level to 500GB, though 200GB should be more than enough for any normal person, even those who only interact with the world on a sub-human level (teenagers, goths, w*nkers etc). Netflix reckons video streaming uses around 1 GB per hour.

Overall the move indicates the price/usage ceiling is being hit by operators, with the cost of supplying data now exceeding the revenues generated. A recent survey highlighted the vast majority of operators foresee revenues-per-bit falling below their cost-per-bit at some point in 2017, potentially foretelling the end of unlimited data plans in the near future.

Connectivity has been seen as a guaranteed revenue source for the operators who have had revenues from traditional services eroded by the OTTs, though it would appear the trends of utilization of telecoms is straining the bottom line once again. The race to the bottom could be coming to an end as it appears AT&T and Verizon have found the limit when it comes to generating revenues from connectivity.

While this is a worrying time for the operators, there is a glimmer of light at the end of the tunnel. Pro net neutrality policies from a Democratic-led FCC has restricted the potential for tiered internet traffic, while also casting a shadow of uncertainty over money which generating from commercial zero-rating deals, though this could change in the coming months. The introduction of a Trump-orientated FCC could see some net neutrality policies dismantled, and the door opened for more creative business models focused on premium traffic for the US telcos.

The utilization of data could be a highly unprofitable game for the telcos, though all is not lost for the telcos who are still searching for the perfect business model in the newly defined digitally-native world.