Vietnamese telecom giant Viettel Group was assessed by 90 specialists within 3 months to honor this as global 2020 "Great Employer" – Telecommunications.

Vietnamesetelecom giant Viettel Group has been awarded the 2020 Silver Stevie Awards for Great Employers – Telecommunications, accompanied by the world's prestigious names like CommScope, IBM, Cisco… Viettel is also the sole Vietnamese company honored in the category. 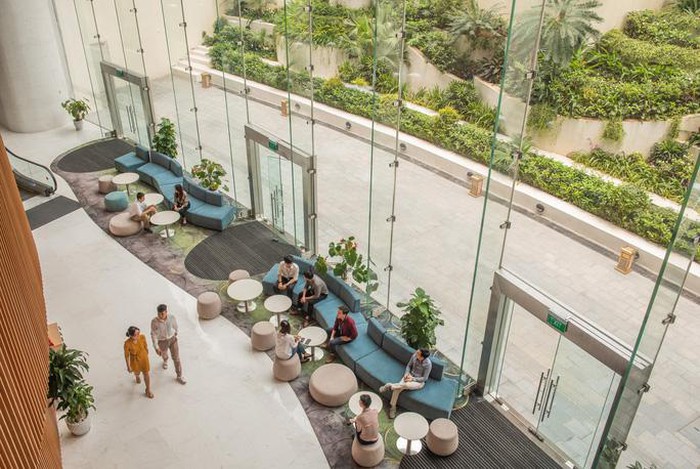 Viettel as a dynamic and friendly environment. Photo: laodong.vn

According to Stevie Awards, Great Employers are an international business awards competition that are open to all organizations worldwide. The awards, created in 2012, recognize the world's best companies to work for, and the HR teams, professionals, achievements, new products, and suppliers that help to create and drive great places to work.

The award welcomes all individuals and organizations worldwide -- public and private, for-profit and non-profit, large and small, taking place from May to August. There are eight Stevie Awards programs, each with its own focus, list of categories, and schedule.

New York Post considered this is the "Oscar of the business world." Every year, the Stevie Awards select 12.000 profiles from more than 70 countries. This year, the competitors were evaluated by 90 global specialists within 3 months.

The board of judges noted that Viettel Group boasts a friendly, open, and dynamic working environment that helps its employees demonstrate their capacity. The company also offers a high salary in the Vietnamese market, along with bonuses, regular wage raise for workers’ contributions, and welfare reported VNA.

Alongside the top salary in the Vietnamese market, 75% higher than the average income of other businesses, Viettel has numerous bonus and motivation policies for employees.

Earlier, Viettel has been recognized as Asia’s ‘Most Influential Company’ at ACES and also became the only one in Viet Nam to receive this award after it was ranked 355th in the world and 102nd in Asia in an annual report by Brand Finance on the world’s most valuable and strongest brands.

Meanwhile, July 13, 2020, several products of FPT Software, Vietnam’s largest IT company, were named the winners of the 2020 Asia-Pacific Stevie® Awards for innovation.