Viettel posts profit of US$915 million

Viettel Group posted consolidated profit of VNĐ21.3 trillion (US$915 million) in the first half of the year, representing a 10.2 per cent year-on-year increase and surpassing 24.7 per cent of set targets. 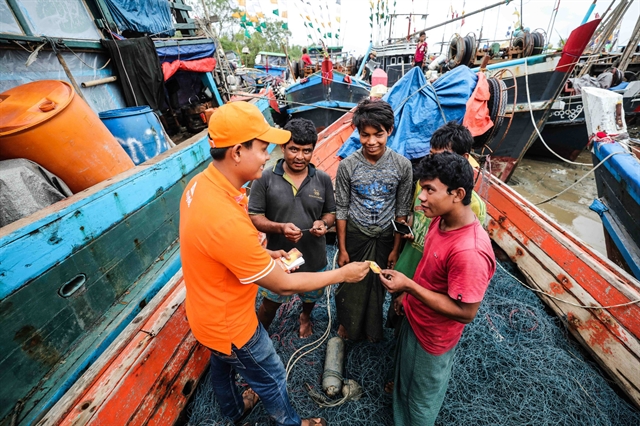 Viettel on Friday announced positive business results for the first six months of the year despite fierce competition in the telecom market which is entering a saturation period. Accordingly, its consolidated revenue reached VNĐ110 trillion, up 7.4 per cent from the same period last year.

Revenue from local telecommunications saw a 2.9 per cent rise from the corresponding period last year to reach VNĐ70 trillion. Its main momentum for growth was revenue for 4G services with data growth of 17.5 per cent year-on-year.

In addition, the launch of a new data package with preferentials, double broadband to customers and implementing its largest customer care service Viettel++ to nearly 70 million users also contributed to the high growth.

Especially, Viettel had the largest number of customers registered for mobile number portability (MNP) services by the end of June this year, accounting for 53 per cent of total demand in the market. The MNP service allows users to change networks but retain the same phone number.

On May 10, Viettel was the first telecom company in Việt Nam to successfully test a 5G network.

Its total revenue from overseas markets reached VNĐ19 trillion, up 35.4 per cent from the same period last year. Its profit from the markets met 452 per cent of the year’s set target at VNĐ1.8 trillion.

The group’s Myanmar market which recently came into operation saw positive results as its brand – Mytel – became the third largest telecom provider in the country.