Asia's mobile and broadband internet speeds, in one infographic

How do you say "congratulations" in Korean? Because that's what we need to be saying to every person from South Korea we meet, where the broadband is faster than anywhere else on the planet and the mobile internet speed beats every place in Asia.

The global average broadband speed is now 6.1 Mbps, or 11.8 Mbps when out and about on your phone, according to data from Akamai’s State of the Internet Report, Q2 2016. Tiered broadband packages are holding back home web speeds, while unfettered 3G and 4G are making smartphones an even more pleasant way of browsing the internet.

Over in South Korea, people revel in 27 Mbps on fixed line connections and 11.1 Mbps on their phones. Europe generally has the fastest 4G in the world, with the UK leading the charge.

India, by contrast, performs worse than any Asian nation in the report – 3.6 Mbps on broadband, 3.3 Mbps on mobile. Presuming there’s no power cut.

“In upcoming quarters, we expect to see mobile speeds continue to climb as 4G LTE becomes deployed more broadly worldwide,” says the report. India’s woes could be soothed by a new telco that’s focusing on cheaper and quicker 4G than the nation has seen before.

See how your country fares in our new infographic for mid-2016: 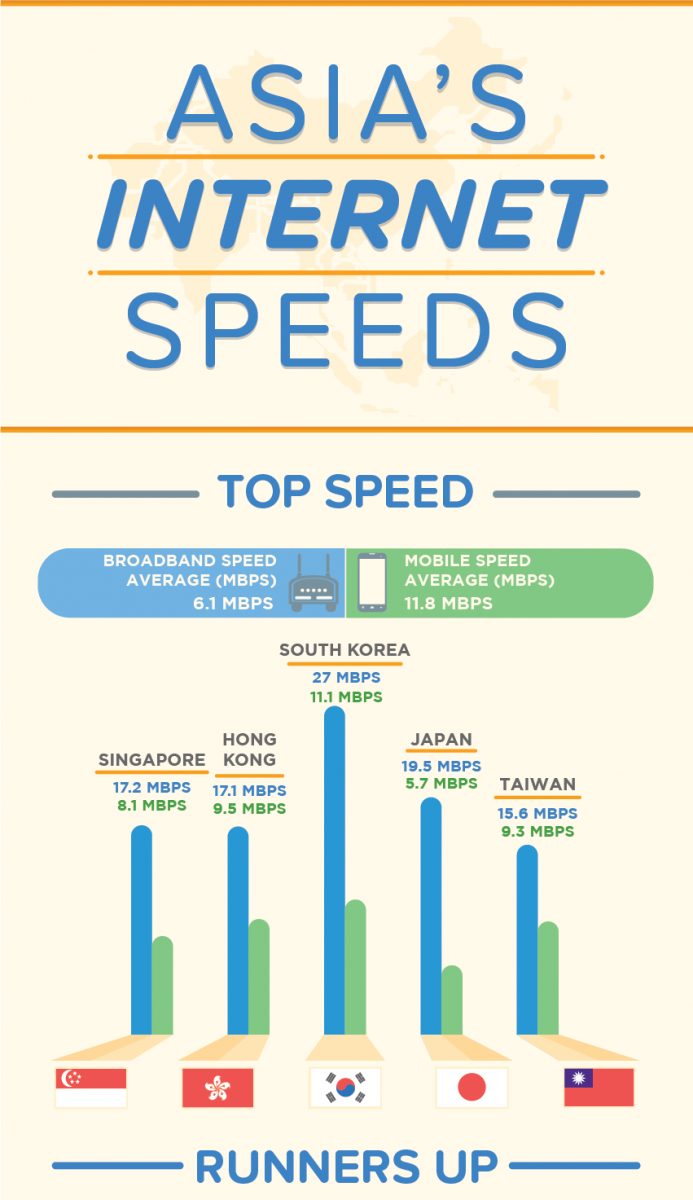 Illustrations and layout by Tech in Asia’s Andre Gunawan.