The AAE-1 submarine cable spanning approximately 25,000 kms, will be one of the first unique cable systems connecting Hong Kong, Singapore, Middle East, Africa and Europe and providing an alternative low latency route between Hong Fareast and Europe. Its completion will provide additional protection and diversity to the existing heavily congested cables systems. 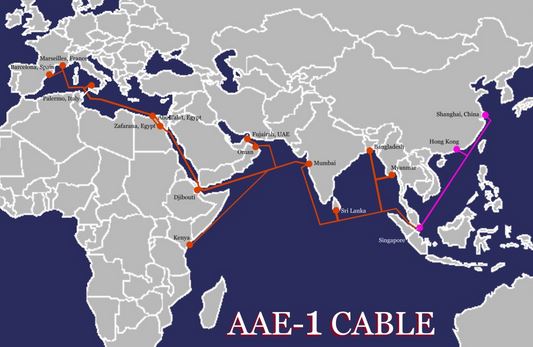 AAE-1 is one of the largest cable systems launched and stipulate an exponential business growth in participating countries.

AAE-1 will employ 100Gbps technology with wavelength add/drop branching units along the lowest latency route with design capacity of over 40 terabits. Additionally, having two diversified Point of Presence (PoP) in Asia (Hong Kong  and Singapore) and three onward connectivity options in Europe (via France, Italy and Greece) will provide the requisite flexibility for these carriers and their customers.