The Asia-Pacific Gateway (APG) submarine cable was broken at 16:00pm on June 20, affecting Internet connection in Vietnam, especially for users in central localities. 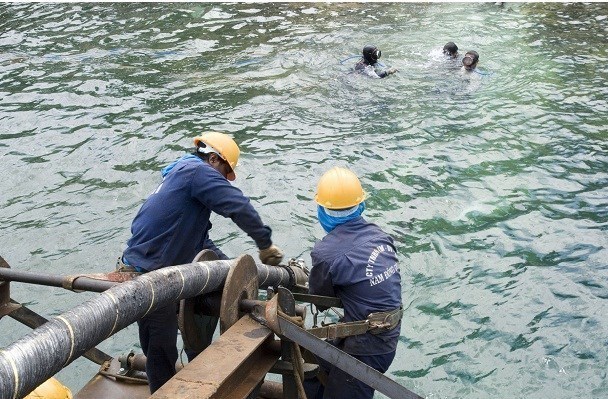 Telecommunication service provider VNPT Vinaphone on June 21 confirmed that connection was disrupted in the section of the Asia Pacific Gateway connecting the central city of Da Nang with the US, Japan and Hong Kong, causing slow international Internet connection during peak hours.

Currently, the VNPT is coordinating with foreign partners to clarify the reason behind the incident and seek fixing solutions as soon as possible.

In order to ensure the best possible speed for their customers, the VNPT has switched traffic to the Southeast Asia-Middle East-Western Europe 3 (SMW-3), the Asia-America Gateway (AAG), and the China-Southeast Asia Terrain Cable System (CSC) for affected customers.

Meanwhile, the Viettel affirmed that its customers have not been affected by the incident. Apart from the APG, Viettel uses other cable systems like AAG, Intra Asia and inland cable systems through China, Cambodia and Thailand to ensure connection.

The APG cable system, invested by VNPT, Viettel, FPT Telecom and CMC Telecom, was piloted in October 2016 before officially operating since December last year in Vietnam. The 10,400km system has a capacity of 54 terabits per second withthe Internet speed of 20 times higher than AAG.

Initiated in 2009, the APG is a partnership between some telecom groups from China, the Republic of Korea, Japan, the Philippines, Malaysia and Vietnam.