Recently, The General Department of Security (Ministry of Public Security) – GSI collaborated with the Inspect of Minister of Information and Communications (IMIC) in dismantling a fraud – player group using virtual SIM lines to steal international telecommunications, which made a lost around several VND billions of Vietnam operators. 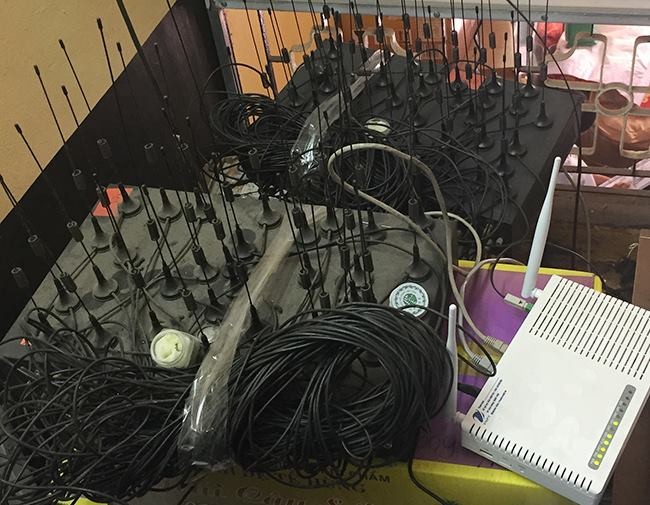 General Department of Security said the head of this fraud-group is Pham Cong Toan. In order to run this system, he collected prepaid SIM or inactivated SIM at some domestic provinces. Then his group transports to China and using illegal software to automatically register, create a virtual SIM, fake IMEI .... and using servers located in Hong Kong (global telecom hub), aiming to cut bandwidth renting costs. This criminal group method was buying SIM from Vietnam, then moving to China for loading into the SIM host server (SIMBANK). From then, they pushed data on the phone to the SIM server network controller (SIM Server) in Hong Kong.

In order to avoid detection of the Police and agency, these fraudsters have connected to Broadcasting and transcribing System in Vietnam to the host system in Hong Kong, China. And they regularly change the virtual SIMs (SIM loaded in SIM Server) system which connected to the different BTS in cities and provinces of Vietnam. These crimes took advantage of promotional domestic call packages of Vietnam telecom operators which allow subscribes call free for 10 minutes domestically. Then they will gain the illegal benefits from the difference between domestic price and international price.

Representative of the General Department of Security said that these fraud players have implemented the sophisticated technology, concealed tricks which are hard to detect. And this is the largest scale ever until now. Thus, tracking and destroying these crimes take a lot of time and effort.