Development of 4G LTE network in the world, opportunities and challenges of Viettel Roaming

According to research of GSMA, implementation of 4G network will be faster than 3G network. It takes 10 years to cover 3G of a half of worldwide population; otherwise, we expect to only need 4 years, 2017, to reach the same milestone for 4G Network. 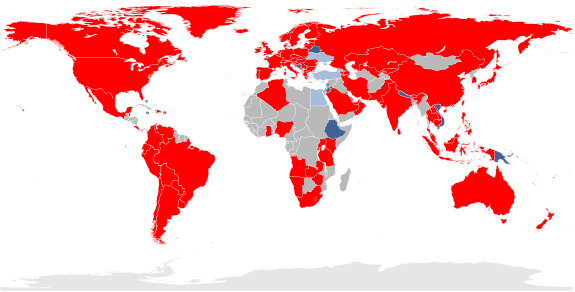 Blue: Nations are using or are planning to use commercial LTE network

Based on data in the map, the number of nations deploying 4G network almost made up to 80% around the world. With the available bandwidth infrastructure for 4G network, it is a big chance for Viettel to open connection LTE Roaming to the world network after deploying 4G in 2016.

About development speed of worldwide LTE subscribers: the North of America (America and Canada) continue to lead on LTE applications in the world with 68 commercial networks and 198 million of  LTE subscribers, which makes up 47.5% in whole area and 26% of 755 million worldwide LTE subscribers. Meanwhile, taking advantage of large population, East Asia, South East Asia, and Oceania make up 51% worldwide market, equivalent to 385 millions users. Most of them are come from developed mobile markets such as China, Korea, Japan and all of developing markets.

In Vietnam market: In the research of 3G behaviors of Vietnamese users and the Survey of 3G users’ opinion on 4G and OTT service, users have not known much about 4G network yet (79% 3G users) and only 21% respondents know this service. Among people knows about 4G service, most of them thought that this technology would have faster connection speed and they will use if others try it before them.

Following the global trend and 4G users development, Viettel will also join with the world when 4G technology becomes inevitable.

However, in Vietnam, the number of 4G subscribers and 4G LTE Roaming will gradually increase, not as fast as developed countries. There are many challenges such as: the gap between cost of 4G using endpoints and average income is still huge; 4G supported handsets are not popular; the cost of packages of 4G Bundle Roaming is unsuitable to users etc