A digital economy is an inevitable step for development as the traditional economy is being saturated, said Nguyen Thanh Hung, deputy minister of information and communications at the 2016 Internet Day event in Ha Noi. 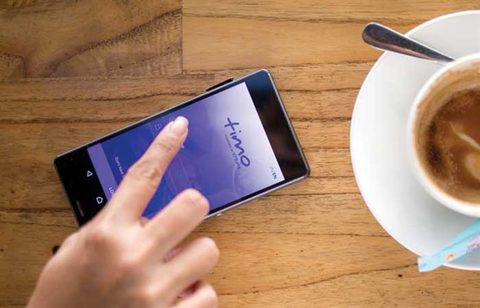 A customer tests Timo -the first digital banking system in Viet Nam. With advantages such as young human resources, competitive labour costs, a sharp increase in smart phones and 3G subscriptions and a developing Internet infrastructure, Viet Nam is evaluated as one of the potential markets of the digital industry. -  Photo asialifemagazine.com

The Viet Nam Internet Association yesterday organised the event under the theme “How digital content contributes to an Internet economy?”

The wide application of information technology (IT) in all activities of a digital economy would bring high profits, he said.

“Many countries have defined the digital economy as a new developmental driving force for their socio-economic growth and development, as well as enhancing the national competitive capacity on a global scale,” Hung said.

In recent years, the digital content industry in Viet Nam has seen remarkable development, playing a more important role in the country’s IT sector.

The deputy minister said that the digital economy industry would create favourable conditions to boost and develop the digital content industry to become a key sector of the country’s IT industry.

With advantages such as young human resources, competitive labor costs, a sharp increase in smart phones and 3G subscriptions and a developing Internet infrastructure, Viet Nam was evaluated as one of the potential markets of the digital industry, said Hung.

“This is also an opportunity for Vietnamese companies to join the global supply chain of the digital economy in general and digital content supply chain in particular”, he added.

However, the deputy minister emphasised that the result was not proportional with the country’s potential, digital content revenue remained modest compared to the whole IT sector’s income.

Sharing at the event, Le Hong Minh, VNG CEO, said for those under 25 years old, Internet means smartphones rather than PCs. “It is similar to the case of changing from black and white television to colour television”, he explained.

“The number of smartphone users will increase 30 times by 2020 compared to 2010 and accounted for nearly 60 per cent of the Vietnamese population. Therefore, the opportunities for mobile Internet will be 40-100 times higher than PC Internet,” Minh said.

Internet Day is an annual event initiated by the Viet Nam Internet Association. It is an occasion for enterprises operating in the Internet field, association members, domestic and international technology companies, government representatives and state management agencies to meet, exchange and share experiences to develop the Internet, and accelerate application, content and technology services.