Vietnamese telcos are wasting no time launching LTE services, with Vinaphone the first to launch in Phu Quoc Island and Viettel planning a nationwide rollout in 1Q17. While coverage is an important early differentiator, getting LTE services priced right will be a more important factor for medium- to longer-term LTE success in Vietnam.

Pricing is key to successful LTE in Vietnam

Vinaphone, VNPT’s mobile subsidiary, became the first to commercially launch LTE service in Vietnam when in November 2016 it switched on LTE service in Phu Quoc Island, which has a population of 100,000. The third largest telco by mobile subscriber share, Vinaphone expects to deploy 21,000 base stations nationwide by end-2017. In contrast, Viettel, the largest telco, is taking a different and more ambitious approach, with a planned 1Q17 nationwide commercial launch to serve the country of 90 million. 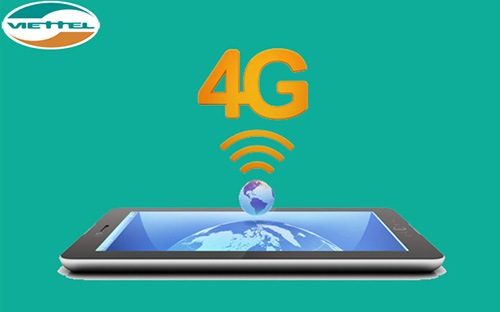 It is good news that Vietnamese telcos have decided to switch on LTE sooner rather than later. 3G subscriber growth in Vietnam has slowed, with the share of 3G subscribers hovering around 30% of total mobile subscribers for the past six quarters.

Vietnamese telcos need the data monetization opportunities and lower cost-per-bit benefits of LTE now to offset shrinking voice and text revenues, and to offer new and better services, such as VoLTE and streaming HD video, to fend off OTT challengers. Being a latecomer to the LTE party, Vietnamese telcos will benefit from the lower network costs of a mature LTE ecosystem.

While strong LTE network coverage is important and an early differentiator during network rollouts, it is more critical for Vietnamese telcos to price LTE services correctly. The experiences of LTE launches by telcos in Europe suggest that both strong network coverage and the right pricing are necessary factors for subscriber growth. However, the latter is more important than the former.

Some European telcos with strong network coverage saw modest LTE subscriber growth because their premium pricing prevented LTE from becoming mainstream. While market dynamics vary across countries and telcos, Vietnamese telcos should keep this in mind and price their LTE service plans at a modest premium or even no premium at all, which is how the rest of Asia has priced LTE from the beginning.

In China, LTE devices sell to the end user for less than $50, but for mass-market LTE to occur in very low ARPU markets such as Vietnam and throughout Africa, LTE smartphones will need to be sold at less than $30. The dominance of handset distributors in Vietnam, where end users buy their handsets from, means Vietnamese telcos need to strike a deal with these distributors to ensure the mass availability of affordable LTE devices.

What about the fate of 3G in Vietnam? 3G will co-exist with LTE, with Vietnamese telcos monetizing existing 3G assets as best as they can, but most of their attention and investment will be on LTE, which offers the better data monetization opportunity. By 2021, Ovum expects 65% of mobile subscribers in Vietnam to be on 3G, 22% on LTE, and the rest on 2G. The near-term challenges in the road to LTE for Vietnamese telcos are many, but the potential rewards that LTE offers will prove worthwhile.