Vietnamese operators speed up with 5G

Viettel will trial 5G mobile technology around the country over the next 12 months. 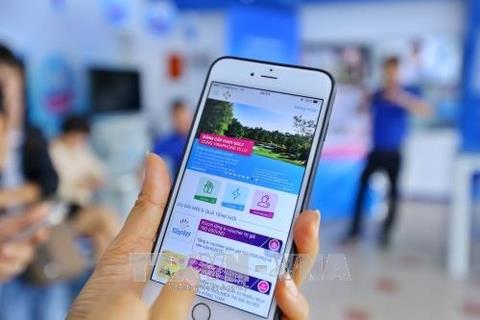 Viettel will trial 5G mobile technology around the country over the next 12 months.

Minister of Information & Communications Nguyen Manh Hung signed a decision to licence the implementation of 5G for the military-run telecommunications company.

This licence was granted to test and evaluate technical features and the ability to deploy telecommunications infrastructure using the fifth generation technology.

Ha Noi and HCM City will be the first two cities to test Viettel’s 5G.

Users will not be charged during the test period.

The group must be responsible for investment efficiency and report results to the Ministry of Information and Communications.

The Ministry said that, together with the 5G trial, it would licence the new 4G frequency and study the route to find the right time to turn off 2G or 3G waves.

Meanwhile, MobiFone said they had sent a document to the Ministry of Information and Communications, asking for 5G testing in Ha Noi and HCM City to evaluate technology and the marketplace before officially going live.

Nguyen Dang Nguyen, MobiFone general director, said they asked for permission to test 5G for the Ministry of Information and Communications from September last year.

MobiFone is working with equipment suppliers to prepare for this test.

It is expected that devices will come to Viet Nam and will be installed in the second quarter of this year, he said.

Viet Nam Posts and Telecommunications Group (VNPT), is also planning to test 5G in the future.

VNPT and Nokia signed a co-operation agreement to research, survey and test 5G technology and Internet of Things (IoT) during the working visit in Europe of Prime Minister Nguyen Xuan Phuc in October last year.

The project is expected to be implemented within three years and worth around US$15 million.

Tran Manh Hung, chairman of VNPT’s member council, said the group submitted documents to the Ministry of Information and Communications to ask for 5G testing.

The testing allows VNPT to master the technology and plan the network in the future.

VNPT had also tested to prepare for the production of 5G network devices, he said. — VNS