Viettel Global Investment JSC, a subsidiary of Viettel Military Industry and Telecoms Group, reported revenue of 4,428 billion VND (188.6 million USD) and profit of 1,342 billion (57.1 million USD) in the third quarter of 2018, up by 5 and 8 percent year-on-year, respectively.

In Haiti, the allotment of the 1700 MHz frequency for its 4G network this year advanced Viettel’s Natcom ahead its rivals and it signed up double the number of customers it did last year. 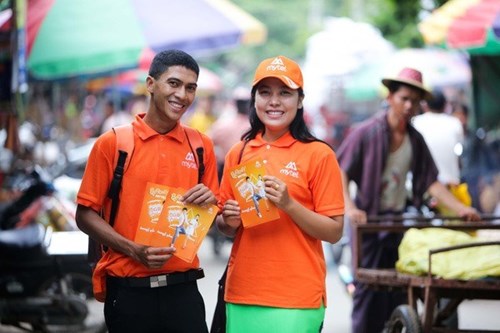 Viettel Global’s operation and management costs have reduced by 4 percent and 12 percent this year after adopting a new business model.

It has hired Viettel Telecoms to run its operations in foreign markets to take advantage of its resources and operational experience in Vietnam, and has retained only the functions of drawing strategies, managing financial sources, and exploring and investing in foreign markets.

Its receipts from financial investments increased by 54 percent in the third quarter.

The loss was because of Mytel, its company in Myanmar, which only began operations in June 2018 and has yet to break even.

Myanmar is the company’s largest foreign market and Viettel Global pins high hopes on it because the country has a large population.

Mytel signed up 3.2 million subscribers in just the first three months and Viettel has set its sights on breaking even in 2-2.5 years against its average of three years.

In terms of turnover, Africa, where it has presence in Cameroon, Tanzania, Mozambique, and Burundi, was the main contributor with 5,606 billion VND (238.8 million USD).

It is followed by Southeast Asia where Viettel Global has joint ventures in Cambodia and East Timor with 4,544 billion VND (193.6 million USD) and Latin America with 1,685 billion USD (71.8 million USD).

Viettel provides 4G services in nine foreign markets, except Cameroon, and electronic wallet services in eight, except Haiti and Myanmar.

It has set itself a goal of expanding to reach a population of 400-500 million and becoming one of the 10 top telecom players in the world. It already is among the top 30 in terms of number of customers.