The military-run telecom group, Viettel, will establish a representative office in Ethiopia in East Africa with the aim of researching the market and promoting investment in the country, Viettel said. 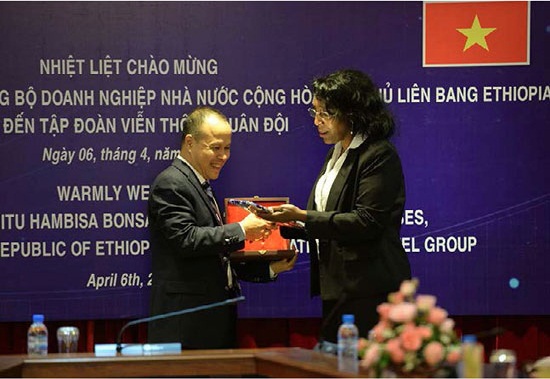 Le Dang Dung, Viettel's deputy general director, said the establishment would allow them to carefully prepare for opportunities to receive a business licence. The group has applied the long-term market research method to ensure suitable strategies and decisions.

Viettel has paid attention to Ethiopia and sub-Sahara countries since 2011.

In Africa, it has invested in telecom networks in four countries including Mozambique, Cameroon, Burundi and Tanzania. Last year, two new networks in East Africa, including Lumitel in Burundi, and Halotel in Tanzania, became operational and achieved positive results.

Ethiopia has a lot of potential to develop the mobile network with the fast economic growth rate of 10 per cent a year.

The country has a population of around 100 million. Of which, only 37 per cent has been using mobile phones with one telecom provider - ET – EthioTelecom. However, Ethiopia has been negotiating to join WTO. It is for this reason that the opening of the telecom market would be possible in the near future, Viettel said.

In 2015, Viettel received two visits of high ranking delegation from Ethiopia. It asked the government to grant a telecom licence for Viettel. It planned to increase network coverage to 95 per cent of Ethiopia's population while building 70,000 kilometres of fibre cable to develop infrastructure, and contribute to the country's economic development.

Big telecom providers such as France Telecom, MTN and Vodafone opened their representative offices in Ethiopia.