The total number of 4G subscribers of the giant telecom group, Viettel, increased by 1.5 times after the official roll-out and reached nearly 3 million by the end of April, Viettel announced. 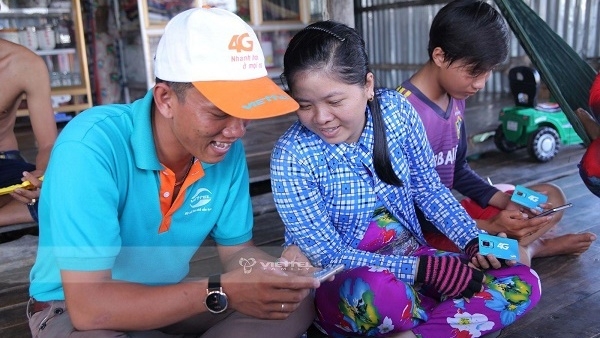 Viettel said that before the launch of 4G network, the number of 4G new subscribers was only 10,600 per day and the number rose to 15,900 per day after the roll-out. In April alone, Viettel reported nearly 400,000 new 4G subscribers.

The number of 2G and 3G SIMs converted to 4G SIMs also went up by 43% and the total number of SIMs upgraded to 4G SIMs in April reached nearly 470,000.

In addition to the increase in the number of 4G SIM users, the number of subscribers using 4G packages also surged 133% compared to the time before roll-out (from an average 8,000 subscribers to 18,700 per day) with the focus on the 4G70, 4G125 and 4G40 packages. As a result, the average daily 4G data traffic also increased by 47% after the official roll-out.

With nearly 36,000 4G stations nationwide and comprehensive changes from network quality to customer care, the number of Viettel's 4G customers is expected to continue to increase in the future.

Viettel Deputy General Director Hoang Son said that with 36,000 stations covering 95% of the population, Viettel is the first mobile carrier in the world to provide 4G nationwide coverage at the time of launch.

Viettel officially launched its 4G network nationwide on April 18 only six months after being licensed to provide the service.