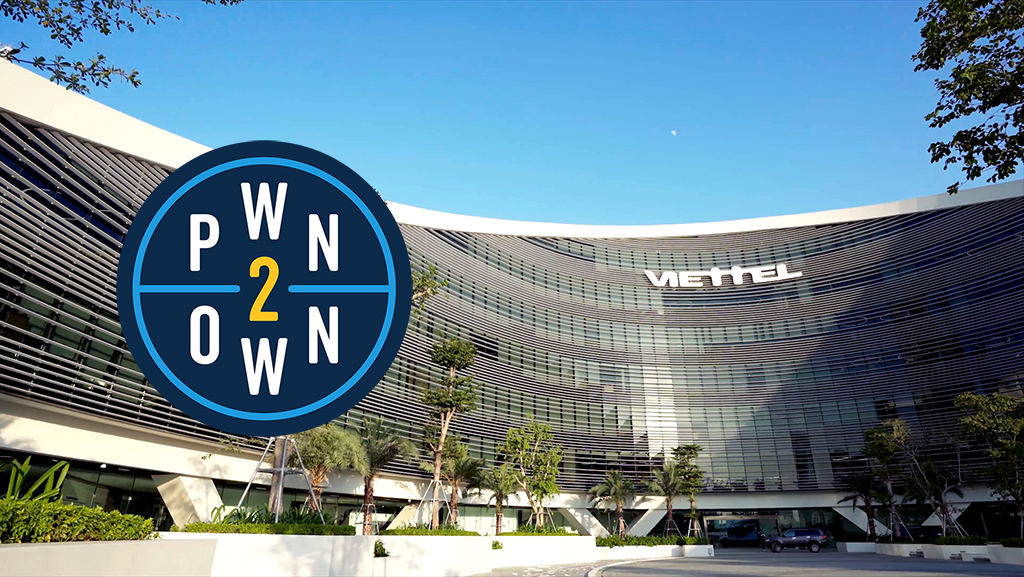 Viettel is the only representative of Vietnam participating in the Pwn2Own contest.

The world's leading computer hacking contest – Pwn2Own has just announced that two security experts from Viettel Cyber Security – a member of the Viettel Group have excelled won at Pwn2Own Vancouver 2022. This is Viettel's third consecutive year winning this contest.

Participating in this year's contest, two Viettel experts won the Local Elevation of Privilege category with the goal of Microsoft Windows 11 OS. The contest also has the presence of more than 20 leading experts in the world, from famous technology companies such as STAR Labs, Sea Security, etc.

This is the third year in a row that Viettel security experts have been honored at this contest. Earlier at Pwn2Own Tokyo 2020, Viettel also had 2 experts wining when hijacking Smart TVs of Samsung and Sony, and at Pwn2Own Vancouver 2021, 2 other experts also successfully exploited vulnerabilities on Microsoft Windows 10 OS and Microsoft Exchange Server.

Two experts honored at this year's contest includes Dao Trong Nghia (born in 1998), who is one of the network security experts who has discovered more than 12 important security holes of the Windows operating system. This is the second consecutive year that Nghia participated and was honored at the Pwn2Own contest; Tran Huu Phuc Vinh (born in 2000) is one of the talented young professionals first participating in the competition in the world arena.

Currently, Viettel Cyber Security owns more than 400 highly qualified employees including 30 Vietnamese people as highly qualified cybersecurity experts, who were recognized in international rankings of network security and prestigious organizations in the world such as Microsoft, Bugcrowd, Google, etc.

Pwn2Own is the world's largest and most prestigious computer hacking contest sponsored by security firm TrendMicro and held annually by the Zero Day Initiative since 2007. In the contest, famous technology firms will introduce their products as targets, and hackers will demonstrate their skills of attacking and exploiting software or equipment, which immediately enable manufacturers to correct errors, and improve security to help ensure the safety of information for customers to use.