Vietnamese telecom giant Viettel Group was honoured in various categories at the 2019 International Business Awards – IBA Stevie Awards at a ceremony held in Vienna on October 19, claiming the largest number of awards that a Vietnamese company has gained at the IBA Stevie Awards so far.

The international awards were presented to both Viettel’s domestic and foreign subsidiaries, which are mainly related to digital transformation products and projects. 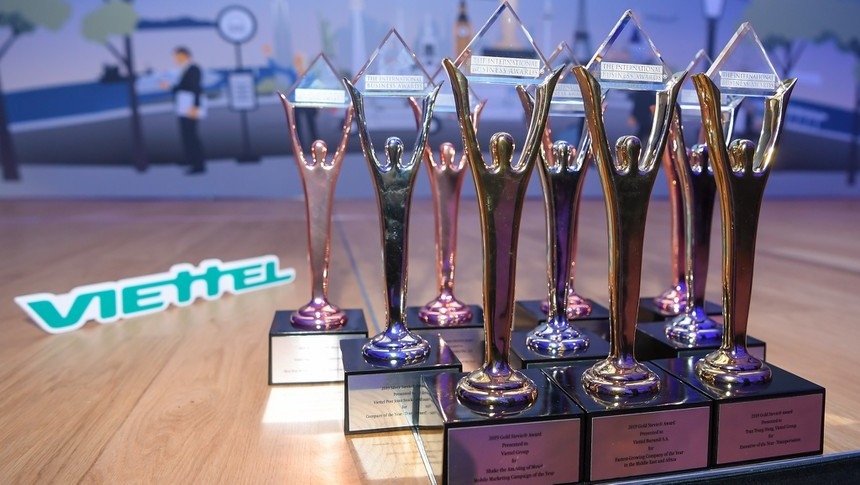 Notably, Viettel Burundi S.A (a subsidiary of Viettel Group) in the Republic of Burundi in Africa was presented with a Gold Stevie Award in the category of “Fastest-Growing Company for the Year – in the Middle East and Africa”. Less than a year after being launched, the Viettel e-wallet service in Burundi has built up a distribution system covering 86% of Burundi area and reaching 1.4 million customers, making up 60% of the market share.

ViettelPay of Viettel Digital Services Corporation won the category of “Best New Product or Service of the Year – Financial Services”. This is considered the most special digital payment application in Vietnam as it can be used with both basic and smart phones without Internet.

Meanwhile, the campaign “Shake the Amazing of Mytel” was honoured as the “Mobile Marketing Campaign of the Year”. The campaign has helped Mytel (a subsidiary of Viettel Group in Myanmar) to have two million mobile subscribers after only one month since its launch.

In particular, Tran Trung Hung, CEO of Viettel Post in Hanoi, was honoured as the “Executive of the Year – Transportation” and the Ti5 Product of Bitel (subsidiary of Viettel Group in Peru) was granted the award for “Best New Product or Service of the Year – Telecommunications – Product”.

The Stevie Awards are the world's premier business awards, which were created in 2002 to honour and generate public recognition of the achievements and positive contributions of organisations and working professionals worldwide.