Clamp down on pre-activated SIMs

The Ministry of Information and Communications (MIC) has ordered mobile network providers to intensify the confiscation of pre-activated SIM cards in order to reduce spam text messages.

Five mobile network providers, including Viettel, VNPT (VinaPhone), MobiFone, Gtel Mobile and Vietnammobile, started to review their distribution channels and confiscate pre-activated SIM cards at the beginning of this month. They had committed to finishing the confiscation process before December 15. 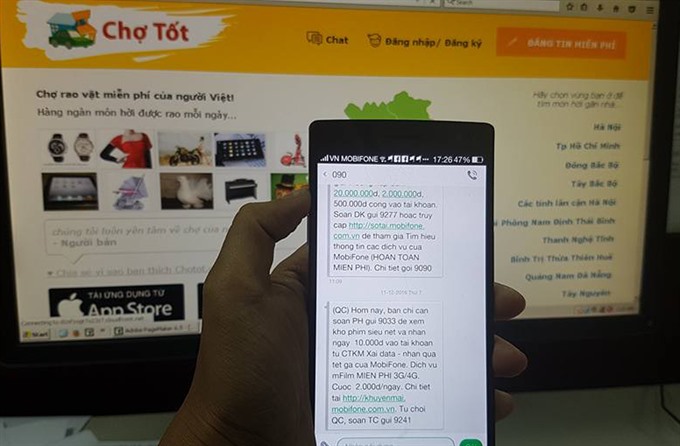 Pre-activated SIM cards did not only lead to spam and phishing messages but could also be used as a tool for crimes and terrorism, leaders of the information ministry said at the signing ceremony of the network providers’ commitment to the confiscation of pre-activated SIM cards last month.

MIC said it would form inspection teams and direct the city’s information department to examine the confiscation process of each network provider.

The ministry is currently drafting an amendment to Article 15 of the Government’s Decree No. 25 that was issued in 2011.

The amendment will increase the amount of fines on network providers, distribution agencies and customers that violate the regulations on registering, storing and using mobile accounts’ information.

General directors and directors of mobile and telecommunication enterprises would receive a fine of VNĐ180-200 million (US$8,100-9,000) when violating contracting procedures, general trading conditions and regulations on registering and storing mobile accounts’ information, the information ministry said.

VinaPhone representatives reported that on November 5, the network operator sent text messages and invited customers that owned pre-activated SIM cards to re-verify their identities at its transaction stores.

If the customers did not re-verify their identities within 15 days after receving the announcement, their access to all mobile services would be locked on November 21, Vinaphone said.

The operator guaranteed that none of its distributors would be distributing pre-activated SIM cards by January 1 next year.

Representatives from MobiFone said that the operator examined and confiscated all pre-activated SIM cards that appeared at distribution channels nationwide before November 1. — VNS