Cities and provinces around Vietnam will have new telephone area codes from June 17.

The ministry said the changes are the first step in a long-term plan to reduce the number of area codes from 63 to just ten.

Adjacent cities and provinces will be grouped into regions with one area code.

This should make the telecoms network easier to manage, while people living in provinces with same area code will enjoy lower call rates. 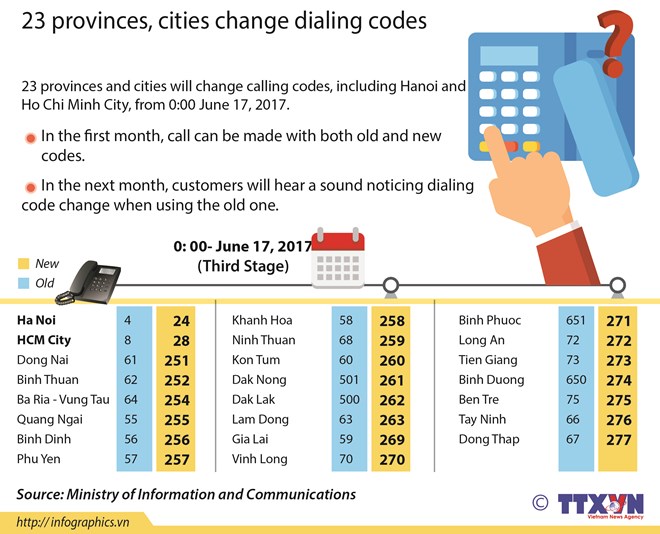