Some 43,000 4G BTS stations have been deployed nationwide, covering 95 per cent of Vietnam's population, the 4G LTE 2017 International Conference, organized by the Vietnam Internet Association in cooperation with the IDG International Data Group Vietnam on July 27, was told. 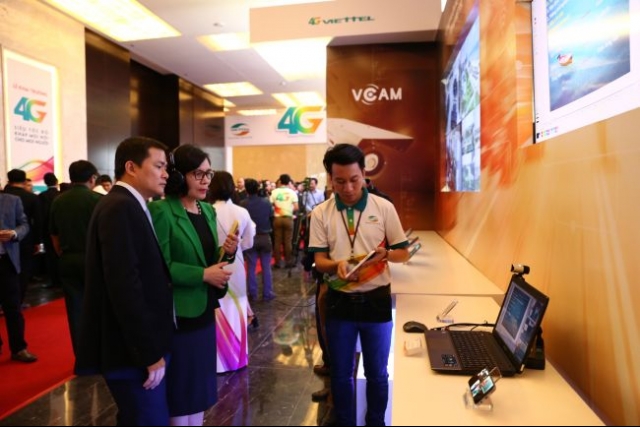 The conference was a forum for discussions on the opportunities and difficulties facing the roadmap for building and developing the 4G LTE network in Vietnam.

Those in attendance also heard international lessons and were introduced to scientific management mechanisms and breakthrough technology solutions to maximize the potential of the 4G LTE network.

Evaluating the development of 4G LTE will play an important role in the modern connected era, and the Ministry of Information and Communications (MoIC) has permitted telecom enterprises in Vietnam to test next generation mobile networks since 2010.

Deputy Minister of Information and Communications Pham Hong Hai told the conference that now is a good time to launch 4G networks in the country, which will create opportunities for explosive growth in 4G services. With the speed of connectivity and increased data access, traditional internet services are rapidly moving to modern networks to meet user needs 24/7.

“Many services and applications will develop, such as services for the Internet of Things (IoT) and smart cities,” he added. “These bring revenue and profit to telecoms enterprises and develop services.”