The deployment of 4G, combined with increasing demand for advanced IT services, is set to drive growth in Vietnam's telecoms sector. 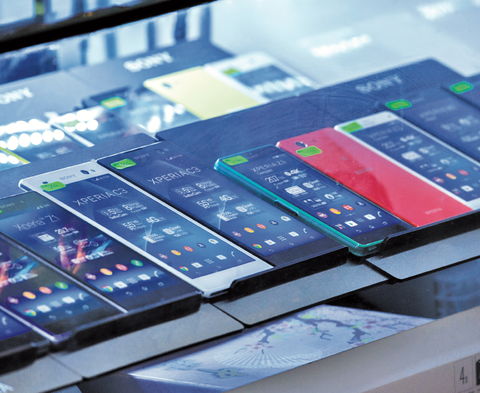 Much of the demand is predicted to come from Vietnam’s rising middle-income segment. It is estimated that at least 33m people in the country – approximately one-third of the population – will fall within the middle- and affluent-earnings brackets by 2020, according to a study by Boston Consulting Group, deepening the potential client pool.

New products and services are also expected to pave the way for increasing opportunities for foreign investors in a market where mobile phone subscription levels are already at near-saturation point. Currently, Vietnam has more than 120m mobile subscriptions, with a penetration rate of around 133%, according to the Vietnam Posts and Telecommunications Group (VNPT).

Four of Vietnam’s mobile telecoms providers will begin rolling out 4G in 2017 – Viettel Group, MobiFone, Vinaphone and Gtel Mobile – after the government granted them licences for the advanced network service in October. The operators will hold the rights to 4G services until the end of the third quarter of 2024.

The country’s three major telecoms companies – state-owned Viettel Group and MobiFone, and VNPT subsidiary Vinaphone, which together account for 95% of the market – have all run pilot 4G programmes. Vietnam’s fourth main carrier, FPT, has yet to be given approval to take the step up from 3G.

Days after awarding licenses to the three telecoms operators, the government also gave the green light to Gtel, a joint venture between state-run company Global Telecommunications Corporation and Russia’s VimpelCom.

The operators have already moved to put the necessary infrastructure in place to carry-out 4G services, according to press reports, with the service set to be offered on the 1800 MHz band.

The launch should also go some way to advancing the government goal to have at least 95% of the population have access to 3G or 4G services by 2020.

The introduction of 4G services is expected to fuel a rise in new products and open opportunities for investors. Currently, out of Vietnam’s 37m 3G subscribers, only 5% have devices, such as phones and handsets, which are compatible with 4G services.

While to date there has been limited opportunities for foreign investment in Vietnam’s telecoms sector, the shifting focus of the industry away from traditional services, such as voice and messaging, towards digital and data products should open doors for investors, according to Tran Manh Hung, chairman of the member council of VNPT.

“With the trend of convergence of telecoms with IT, content sharing and value-added services are now playing increasingly important roles in creating revenues for operators,” he told OBG. “The transformation to digital services has created many opportunities for investors in Vietnam, such as deploying platforms, cloud computing and big data services.”

This transformation means that foreign firms and investors with services that are applicable to the Vietnam market may increasingly look to develop cooperative ventures with local telecoms operators, Tran Manh Hung added.

Opportunity on the horizon

Another avenue for foreign investment in Vietnam’s telecoms sector may be about to open, with the government looking to privatise a partial stake in MobiFone, the country’s second-largest operator.

Under existing regulations, foreign investors can own up to a 49% stake in MobiFone, while VNTP can hold up to a 20% share.

While the line may be long, foreign investors will likely have to wait some time before the share sale takes place, as the proposed MobiFone initial public offering has been deferred a number of times since first mooted at the beginning of the decade.

Should the sale go through, investors would have to raise approximately VND20trn ($895.8m) for a 49% stake in the firm, according to industry estimates.

This Vietnam economic update was produced by Oxford Business Group.